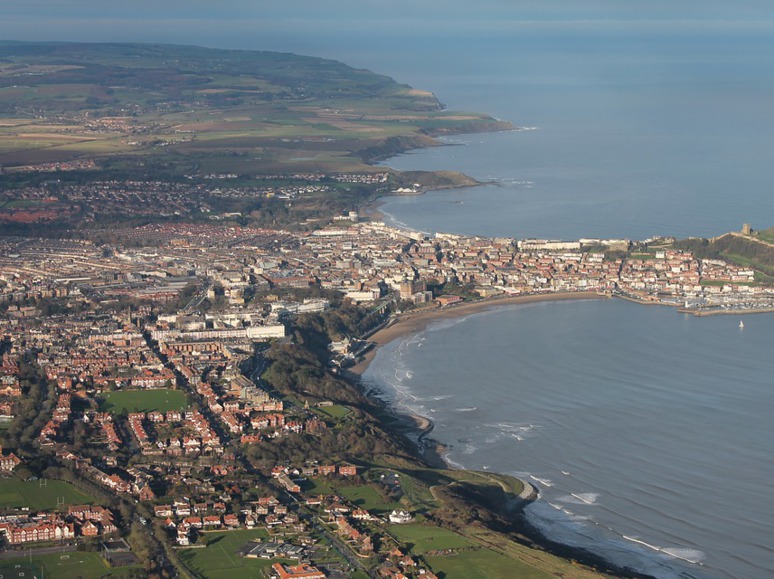 place in Yorkshire, earlier Scarðabork, etc., apparently a viking name, from Old Norse and meaning “fortified place of a man called Skarthi,” identified in old chronicles as Thorgils Skarthi, literally “Thorgils Harelip,” from Old Norse skartð “notch, hack (in the edge of a thing); mountain pass.” It has been noted that a literal reading of the name as “gap-hill” suits the location. Scarborough warning “short notice or none” is from 1540s.