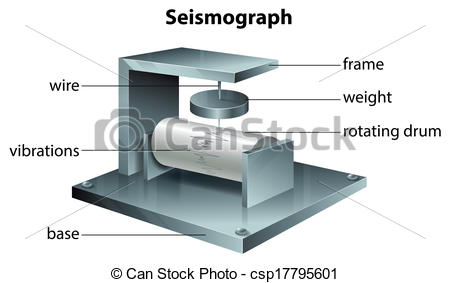 n.“instrument for measuring the motions of an earthquake,” 1858, from seismo- + -graph. Based on Italian sismografo, coined and invented by Luigi Palmieri (1807-1896), director of meteorological observation on Mount Vesuvius. Related: Seismographic; seismography (1865).