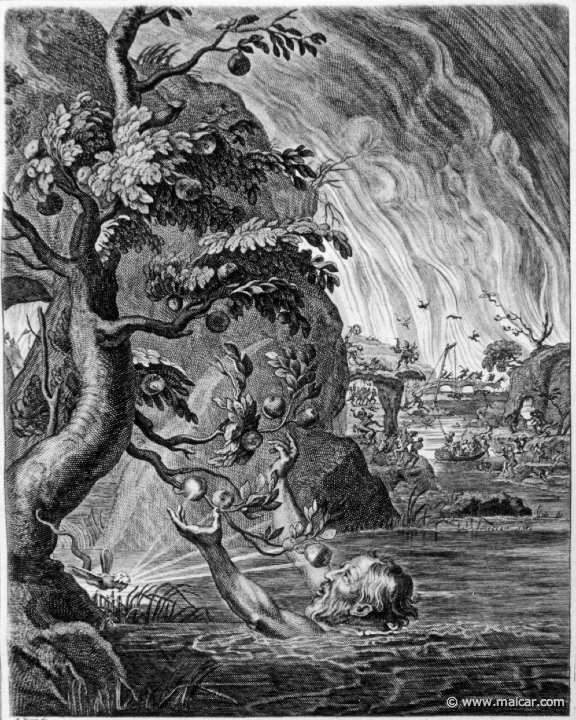 Greek Tantalos, king of Phrygia, perhaps literally “the Bearer” or “the Sufferer,” by dissimilation from *tal-talos, a reduplication of PIE root *tel-, *tol- “to bear, carry, support” (see extol). Cf. tantalize. A king in classical mythology who, as punishment for having offended the gods, was tortured with everlasting thirst and hunger in Hades. He stood up to his chin in water, but each time he bent to quench his thirst, the water receded. There were boughs heavy with fruit over his head, but each time he tried to pluck them, the wind blew them out of reach.