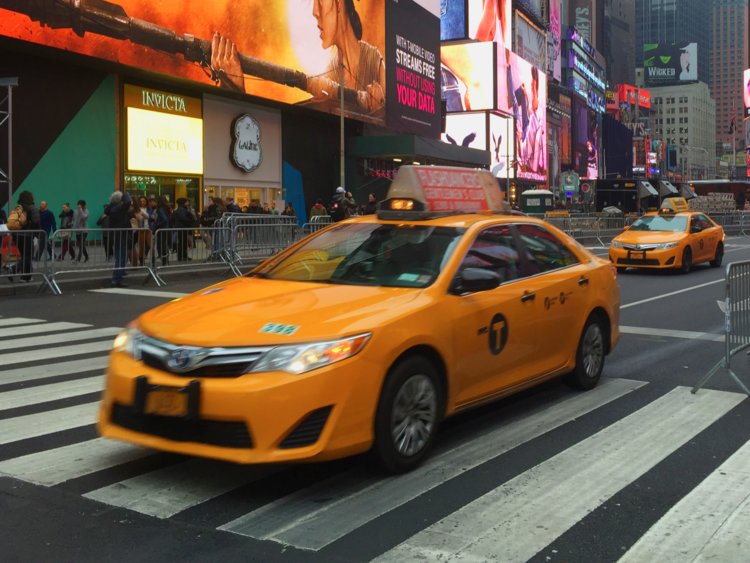 n.1907, shortening of taximeter cab (introduced in London in March 1907), from taximeter “automatic meter to record the distance and fare” (1898), from French taximètre, from German Taxameter (1890), coined from Medieval Latin taxa “tax, charge.” An earlier English form was taxameter (1894), used in horse-drawn cabs. Taxi dancer “woman whose services may be hired at a dance hall” is recorded from 1930. Taxi squad in U.S. football is 1966, from a former Cleveland Browns owner who gave his reserves jobs with his taxicab company to keep them paid and available [“Dictionary of American Slang”], but other explanations (short-term hire or shuttling back and forth from the main team) seem possible. v.1911, from earlier slang use of taxi (n.) for “aircraft.” Related: Taxied; taxiing.