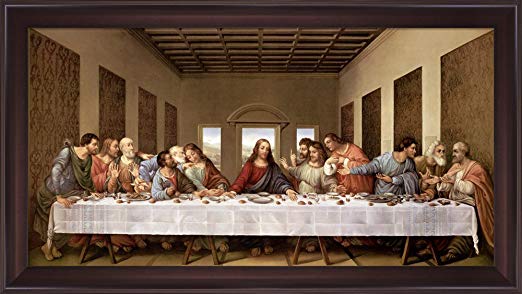 The traditional Passover (see also Passover) meal that Jesus ate with the Apostles the night before his death. At this supper, according to the Gospels, Jesus blessed bread and broke it, telling the disciples, “Take, eat; this is my body.” He then passed a cup of wine to them, saying, “This is my blood.” Jesus’ words refer to the Crucifixion he was about to suffer in order to atone for humankind’s sins. He told the Apostles, “Do this in remembrance of me.” A fresco painted by Leonardo da Vinci depicting Jesus and his disciples at the moment Jesus announces that one of them has betrayed him. (See under “The Bible.”)