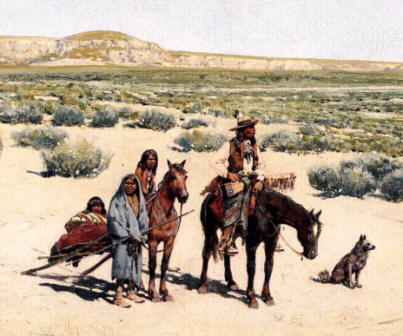 Origin of travois 1840–50; Americanism; pseudo-French spelling of earlier travoy North American French; compare Canadian French travail shaft of a cart to which the horse is hitched, French: frame in which unruly horses are held while they are shod (probably Late Latin trepālium; see travail) Examples from the Web for travois Historical Examples of travois

1847, said to be ultimately from a Canadian Indian pronunciation of travail.