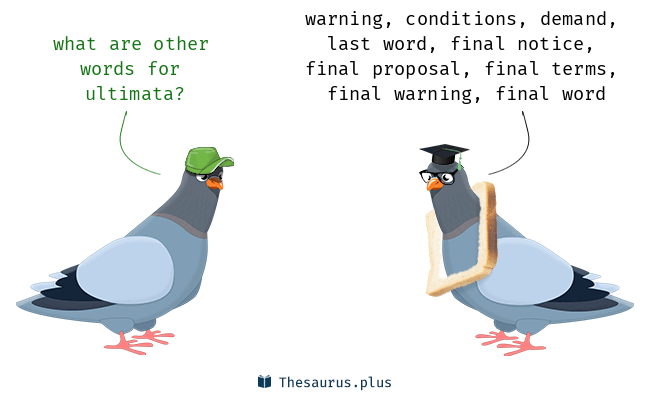 n.1731, from Modern Latin, from Medieval Latin adjective ultimatum “last possible, final,” from Latin ultimatum, neuter of ultimatus (see ultimate). Hamilton and others use the Latin plural ultimata. In slang c.1820s, ultimatum was used for “the buttocks.” A formal message delivered from one government to another threatening war if the receiving government fails to comply with conditions set forth in the message. For example, after the assassination of the Archduke Francis Ferdinand in 1914, the government of Austria sent an ultimatum to Serbia, which Austria held responsible for the assassination.