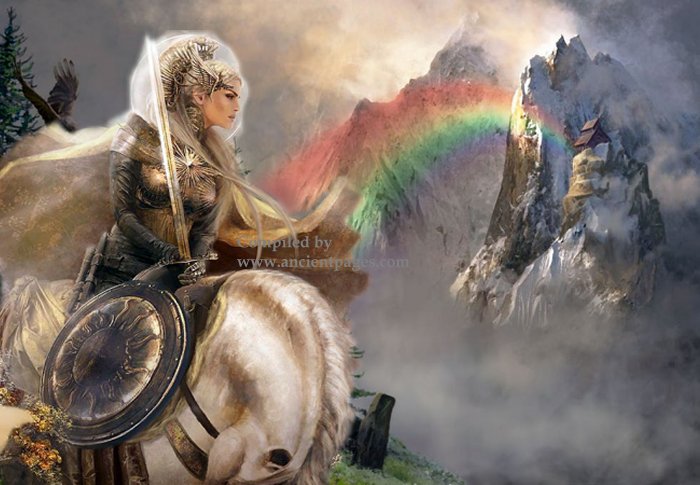 1768, one of 12 war-maidens who escorted the brave dead to Valhalla, from Old Norse valkyrja, literally “chooser of the slain,” from valr “those slain in battle” (see Valhalla) + kyrja “chooser,” from ablaut root of kjosa “to choose,” from Proto-Germanic *keusan, from PIE *geus- “to taste, choose” (see gusto). Old English form was Wælcyrie, but they seem not to have figured as largely in Anglo-Saxon tales as in Scandinavian. German Walküre (Wagner) is from Norse.