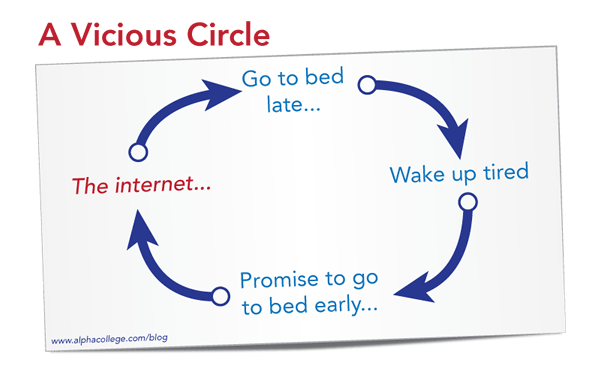 A series of reactions that compound an initial unfortunate occurrence or situation: “A person who is overweight is likely to feel frustrated and to deal with this frustration by eating more; it’s a vicious circle.”

A series of events in which each problem creates another and worsens the original one. For example, The fatter I get, the unhappier I am, so I eat to cheer myself up, which makes me fatter yet—it’s a vicious circle. This expression comes from the French cercle vicieux, which in philosophy means “a circular proof”—that is, the proof of one statement depends on a second statement, whose proof in turn depends on the first. One writer suggests that the English meaning of “vicious” helped the expression acquire its more pejorative present sense, used since 1839.