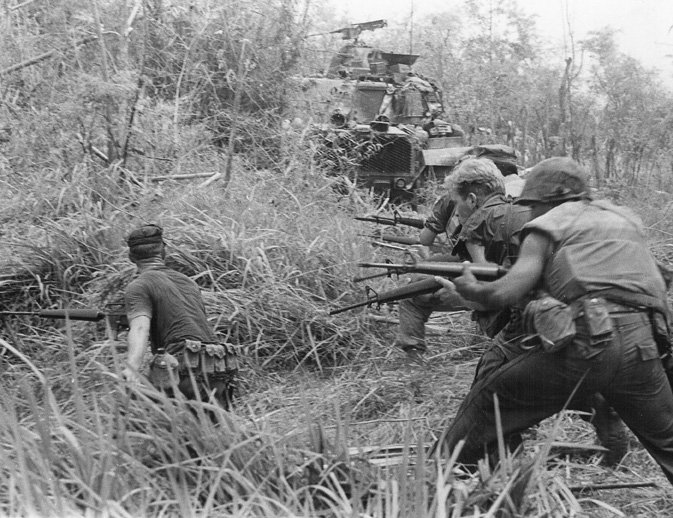 A war in Southeast Asia, in which the United States fought in the 1960s and 1970s. The war was waged from 1954 to 1975 between communist North Vietnam and noncommunist South Vietnam, two parts of what was once the French colony of Indochina. Vietnamese communists attempted to take over the South, both by invasion from the North and by guerrilla warfare conducted within the South by the Viet Cong. Presidents Dwight D. Eisenhower and John F. Kennedy sent increasing numbers of American military advisers to South Vietnam in the late 1950s and early 1960s. Kennedy’s successor, President Lyndon Johnson, increased American military support greatly, until half a million United States soldiers were in Vietnam.

American goals in Vietnam proved difficult to achieve, and the communists’ Tet offensive was a severe setback. Reports of atrocities committed by both sides in the war disturbed many Americans (see My Lai massacre). Eventually, President Richard Nixon decreased American troop strength and sent his secretary of state, Henry Kissinger, to negotiate a cease-fire with North Vietnam. American troops were withdrawn in 1973, and South Vietnam was completely taken over by communist forces in 1975.