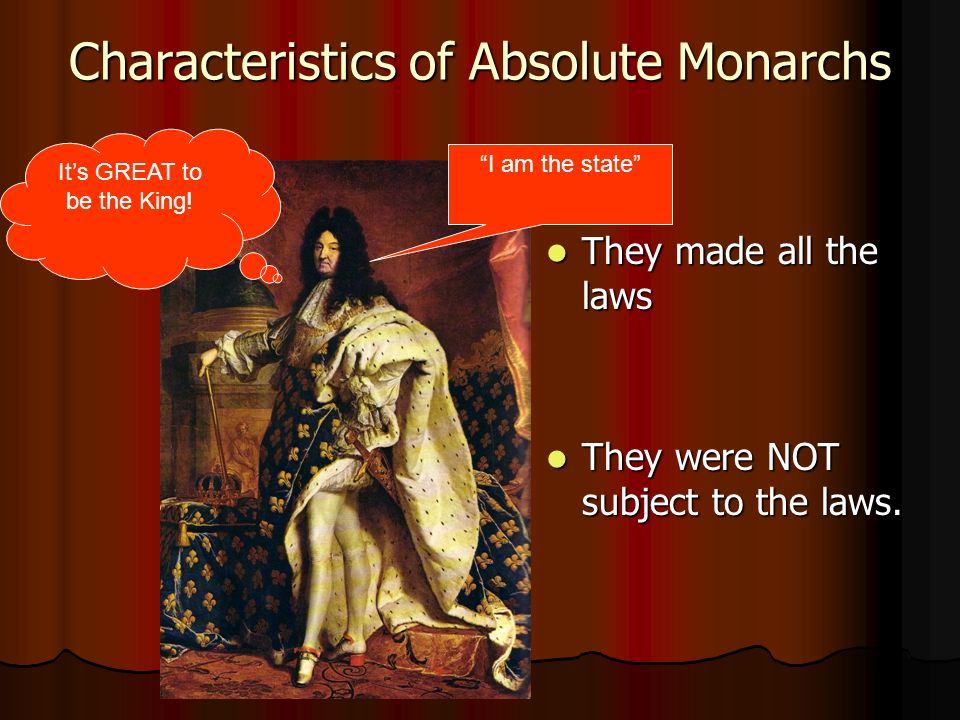 Rule by one person — a monarch, usually a king or a queen — whose actions are restricted neither by written law nor by custom; a system different from a constitutional monarchy and from a republic. Absolute monarchy persisted in France until 1789 and in Russia until 1917.