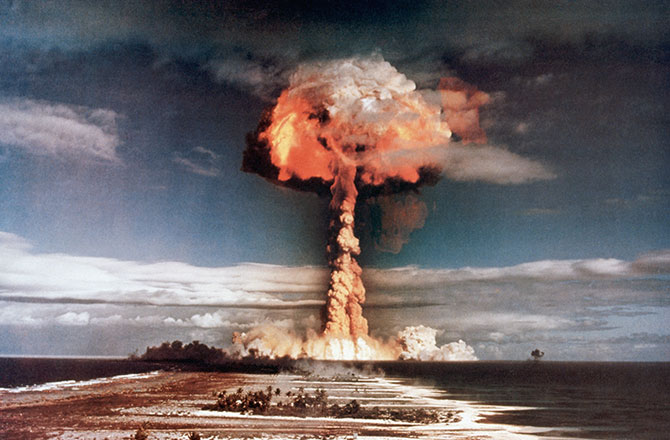 A bomb that is powered by nuclear fission, and therefore produces a quick release of energy and great destruction.