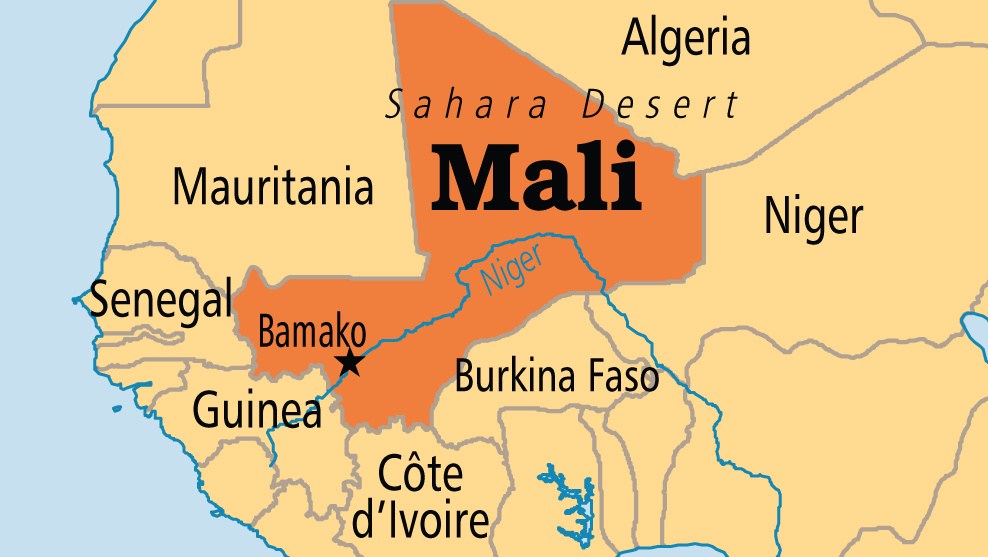 modern African nation, known by that name from 1959, formerly French Sudan. The name is that of a former African kingdom (13c.-14c.), perhaps from Malinke, name of an indigenous people of the region. Republic in west Africa bordered by Algeria to the north and east, Niger to the east, Burkina Faso and Ivory Coast to the south, Guinea to the southwest, Senegal and Mauritania to the west. Its capital is Bamako. It became an independent nation in 1960.