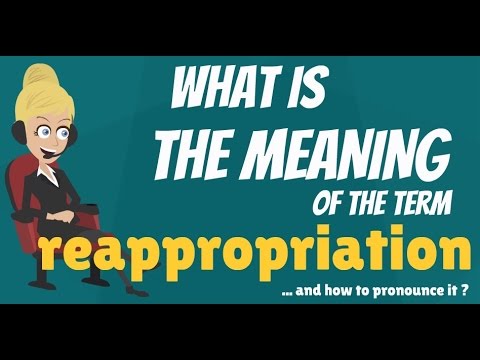 late 14c., “taking (something) as private property,” from Late Latin appropriationem (nominative appropriatio) “a making one’s own,” noun of action from past participle stem of appropriare (see appropriate). Meaning “setting aside for some purpose” (especially of money) first attested 1789 in U.S. Constitution.

The grant of money by a legislature for some specific purpose. The authority to grant appropriations, popularly known as the power of the purse, gives legislatures a powerful check over executive branches and judicial branches, for no public money can be spent without legislative approval. Congress, for example, can approve or reject the annual budget requests of the executive branch for its agencies and programs, thereby influencing both domestic and foreign policy. (See also checks and balances and pork-barrel legislation.)